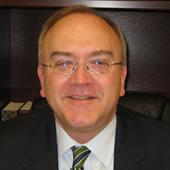 Jon Stromsta joined Enterprise Law Group, LLP as a partner in November 2010. Jon is a senior litigator with over 25 years of broad trial and appellate experience at private law firms, in the public sector and as in-house counsel. He also has extensive experience in mediation and arbitration of disputes and in litigation management.

Jon also served as in-house counsel to the Central States Funds, the largest multi-employer ERISA pension and benefit plans. He litigated and arbitrated employee benefits matters nationwide concerning employers’ obligations to contribute to the plans and their liability upon withdrawal from participation in the plans. He also advised the plans’ Trustees on contract, plan administration and fiduciary issues.

Jon also practiced with David Pasulka & Associates, PC (formerly Pasulka & White, LLC), one of the premier family law firms in Chicago. There, Jon represented clients in the negotiation and trial of issues including maintenance, child support, custody, business and asset valuation and allocation, pre- and post-nuptial and cohabitation agreements, and domestic violence claims.

Jon’s litigation experience also covers the full range of state and federal criminal defense representation, from the investigation and grand jury phases, through trial and sentencing, to appeal and post-conviction claims. He has represented individuals and businesses in matters ranging from misdemeanors to the most serious felonies, and in civil forfeiture actions. He also has successfully petitioned to expunge numerous prior convictions.

Jon received his J.D. from the University of Minnesota Law School. He earned his Bachelor’s degree with distinction in history and political science from the University of Michigan. Following his law school graduation, Jon served as a judicial law clerk to the Honorable Harold A. Baker of the United States District Court for the Central District of Illinois. He has served as an adjunct lecturer at the Loyola University of Chicago School of Law and as a member of the Board of Visitors of the Southern Illinois University School of Law. Jon also has been a member of the Circuit Court of Cook County panel of arbitrators.