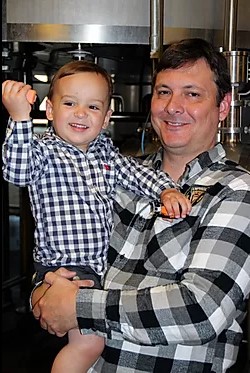 Bill is one of the founding members of Malt Row. In 2011, he came up with a ridiculous idea to start Empirical. His life was too easy working for a big company in Chicago, picking stocks to make rich people richer. He had the crazy notion that he would enjoy being an entrepreneur, creating jobs and giving back to the community.

In 2015, the GRCC teamed up with Empirical to host the first-ever Ravenswood on Tap. Thousands of people flooded a tiny stretch of Ravenswood Avenue outside of Empirical to drink local beer and listen to live music. Since then, Ravenswood’s Malt Row and favorite beer festival have continued to grow.